Compared to laboratory centrifuges, high-speed tubular centrifuges are already capable of separating larger quantities of solids from suspensions. And in batch mode, up to several litres of solids can be harvested at a time by making use of such centrifugal forces.

In many laboratories, the use of centrifuges with cells is an established method of separating even minute amounts of just a few millilitres. The challenge is how to separate much larger amounts in a production process. CEPA tubular centrifuges do that very efficiently.

Specifically in the nanoparticle range, there is a trend towards ever smaller particle systems with new physical characteristics. Very long dwell times of up to several hours or immensely high forces such as those encountered in an ultracentrifuge result in complete separation of phases by appropriate inertia forces, using classic centrifuge technology. However, different methods are needed for separating large quantities or where additional tasks are involved, such as the classifying of particles. Here, high-speed tubular centrifuges are a highly efficient instrument for separating usually weakly concentrated suspensions. The operating principle, which remains as simple and effective as ever, permits effective modelling and therefore allows the separating results to be predicted accurately. Various publications demonstrate the high predictability of processes in tubular centrifuges. The results obtained with CEPA centrifuges have also impressed the researchers at the Fraunhofer Institute for Silicate Research ISC in Würzburg. The solid matter to be separated may range from minuscule amounts of 250 millilitres to up to 10 litres. For a solids content of around 2 % to 5 %, these centrifuges are suitable for operating in batch mode to process anything from a few litres to several cubic metres of suspension. 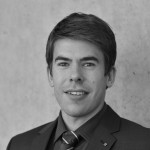 “The wet-chemical production of nano and microparticles in dispersion is a highly advantageous way of customising particles as the building blocks of composite materials.
But the challenge is that such particle dispersions can usually only be produced with a low solids content by weight. A much more promising approach is to use CEPA high-performance centrifuges for a higher solids content. The semi-continuous processing method in particular means CEPA centrifuges can process amounts of particles that also make them suitable for use on an industrial scale.”